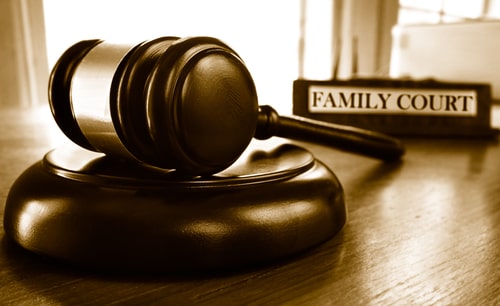 Not all marriages or separations end peacefully. While most parents usually agree on joint legal custody, it is how physical custody will be decided and how much parenting time the noncustodial parent will have that can quickly turn a divorce even more acrimonious. When you are engaged in a child custody dispute, it is important to keep the negativity at bay when you are around your child because of the difficulties they are going through, as well as the implications that it could have on the custody outcome. Everything you do and say around your child can be taken into consideration by the family court judge handling your case if it is being documented by the other parent.

Similarly, everything they say and do can be used against them as well. When deciding which parent will receive sole custody, the court always chooses what is the best interest of the child. To ensure that the court has all the information that it needs to make this crucial decision in your favor, it is important that you begin collecting information and documenting all types of interactions that the other parent has with your child. This should begin immediately and continue until a final decision has been made by the court.

What Type of Information Do I Need to Document?

The court only needs relevant information about the other parent regarding the safety and well-being of the child. The court does not need to know, and is not interested, about the other parent’s failure to get a promotion at work or affinity for video games when they do not have your child with them. Only document information that will help show the court how that parent will have a negative impact on the child’s physical, emotional, educational, and psychological well-being.

Are they constantly late for appointments? Are they physically or emotionally abusive? Do they lose their temper easily and are they predisposed to violence? Will they be able to provide a clean, safe home for the child? These are all factors that the court will examine when deciding how custody and parenting time should be divided.

The best sources of reliable information that the court can use include witness accounts, emails, texts, voicemails, journaling, videos, recordings, and photographs. Additionally, official records such as police reports, financial documents, and medical records can be introduced to the court as evidence in a custody case.

If you are making accusations against the other parent, it is critical to be able to back these accusations up with evidence. Failure to do so could actually have a negative impact on your case. According to the National Council of Juvenile and Family Court Judges, a judge may actually be inclined to rule against you if you make incriminating allegations against an abusive parent but fail to supply enough evidence to support those claims.

Documentation Is Important During Visitation as Well

Even after custody and a parenting plan have been decided, journaling and documentation can go a long way in restricting unsupervised visitation for the other parent, should there be a major issue regarding the child’s or your safety because of visitations. Document when the other parent fails to show up or be on time, when your child’s mood or behaviors suddenly decline following a visitation, when there are signs of abuse, when the other parent threatens you with legal actions, or any other incidents that you feel indicates an issue. Make sure to contact your family law attorney, as well, to keep them advised as to what is happening.

If you have any questions or concerns about child custody, visitation, or any other family law issues, do not hesitate to contact our office.  Call Kirshenbaum Law Associates at 401-467-5300 for a confidential consultation with a skilled Rhode Island family attorney.