How Does Mental Illness Affect Child Custody and Visitation? 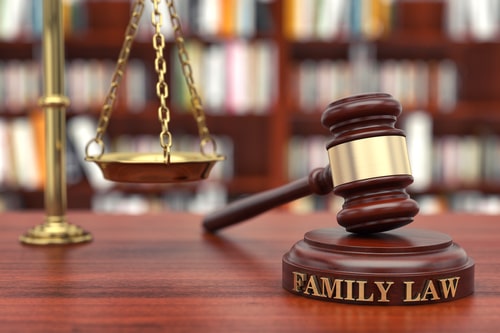 In deciding how parenting time should be divided between each parent, the court will consider what the best interest of the child is. In some cases, the court may decide that the child should spend the majority of time with one parent and the other parent should have visitation rights. The determining factors of visitation rights are often based on the non-custodial parent’s:

It may seem unfair for a mental health disorder to determine whether or not a parent will be able to visit their child on a regular basis, but that is often one of the factors that the court considers. According to various research, parents who suffer from certain mental illnesses could pose a potential threat to their children’s mental and emotional well-being,

Mental Illnesses Are More Common Than You May Think

Mental illnesses often have serious ramifications for an individual’s professional and home life. It has been reported in some studies that 70 percent of parents living with a mental illness have lost custody of their children.

Multiple studies also show the significant impact having a parent with mental illness can have on a child, including being more likely to develop psychological problems, although, many mental illnesses are genetic.

It is important to keep in mind, however, not all mental illnesses have the same impact on a person’s life. The debilitating effects of depression or bipolar II are almost always much less than that of schizophrenia. Depending on the severity and type of mental illness the parent has been diagnosed with, it may be that the court sees that the non-custodial parent is no risk at all to their child.

Issues After Custody Has Been Decided

Questioning a parent’s mental health may not have been an issue when the original child custody order was issued by the court. It may be something that developed over time. A parent who is concerned about the safety and welfare of their child because the other parent is showing signs of mental illness should retain the services of a RI child custody lawyer to petition the court and request a modification in child custody, even if this means the other parent will lose custody and/or some parenting time.

Conversely, a parent struggling with mental illness who was only awarded limited visitation in the original order but has been able to resolve these issues can also petition the court to request the court reconsider custody and parenting time.

Are You Facing a Child Custody Battle or Other Family Law Issue?

If you are ending your relationship with your child’s parent or need to have your original order modified, contact Kirshenbaum Law Associates at 401-467-5300 for a confidential consultation with a skilled Rhode Island family attorney.